How Long Does Food Poisoning Last?

Food poisoning or a foodborne illness encompasses over 250 different disease-causing germs like rotavirus, E.coli, and salmonella. The causes of food poisoning can be many, but most of them are caused by viruses, bacteria, and parasites, which you will learn about while studying for your Texas food handlers license.

Some of the most common foodborne germs in the United States are salmonella, staphylococcus aureus, norovirus, clostridium perfringens, and campylobacter, which can cause a variety of uncomfortable symptoms.

How Long Does Food Poisoning Last?

While you’re in the throes of a foodborne illness, you may be wondering when the discomfort, pain, and sickness will end. It’s only natural to wonder when you’ll be able to resume life as per usual. However, answering the question of how long does food poisoning last? can depend on many things.

Firstly, it depends on the type of food poisoning you have. For the most common types of germs, which can cause illnesses through poor food handling and preparation practices, it’s not uncommon to be ill for between one and ten days.

However, the illness can also take much longer to recover from if you’re a vulnerable member of society with pre-existing conditions.

How Long Does It Take For Food Poisoning Symptoms to Appear?

Not everyone who has experienced food poisoning knows what caused it. A local food establishment may not have cooked food to a safe cooking temperature, or you may have even got it from leaving uncooked meat on the bench at home for too long in the danger zone.

Making it even harder to know where you got it is the lead-in time for food poisoning symptoms to present themselves. The timeframe can depend on your immune system and the type of bacteria.

Staphylococcus can cause symptoms in as little as 30 minutes but as late as eight hours. But Cyclospora and listeria can take weeks to make you ill.

What Are the Symptoms of Food Poisoning?

The symptoms of food poisoning can depend on which disease-causing germ has affected you. The most common symptoms include an upset stomach and cramps, fever, nausea, vomiting, and diarrhea.

Some high-risk food groups that cause food poisoning can also have long-term effects, like chronic arthritis, brain and nerve damage, and even kidney failure.

Some standout symptoms can often help you identify which type of food poisoning you have. For example, if you know you have eaten shellfish and have stomach pain, vomiting, and diarrhea, norovirus may be a likely diagnosis. People that experience bloody diarrhea may be affected by campylobacter.

How Does Food Poisoning Happen in the Food Industry?

You may understand what symptoms to be on the lookout for, what germs are potentially harmful, and how long food poisoning takes to show up, but do you know how it happens in the first place?

If you are in the food industry, you can learn a lot about causes and prevention by getting your Texas food handlers card. However, we’ll also include a bit of information below.

While there are many ways that food poisoning can happen, the most common way in the food industry is through the preparation process. A food worker may not have practiced good hygiene – such as washing their hands before and after prep and after using the toilet or handling trash.

It can also happen due to cross-contamination, such as storing raw and cooked food together or sharing cutting boards.

Even how you store and defrost food can lead to foodborne illnesses. Failure to move foods quickly through the danger zone can allow bacteria to multiply and cause food poisoning.

How to Prevent Food Poisoning

Knowledge is power. One of the best ways to prevent food poisoning, particularly as a food service industry worker, is by educating yourself on what causes it and how to avoid it. Storing food at the correct temperature, avoiding cross-contamination, and being mindful of your hygiene practices can all go a long way to preventing foodborne illnesses.

As all Texas food industry workers must have a food handlers permit, doing an online course to achieve your certification can also ensure you have the knowledge to practice safe food handling.

Whether you’re about to enter the food industry or you’re already in it, consider enrolling in a Texas food handlers course online at TABC Pronto. This 100% online course is approved by the Texas Department of State Health (TXDSHS) and is cheap at only $6.99.

Where Should A Food Handler Check the Temperature of Food? 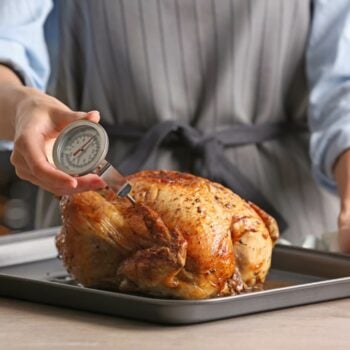 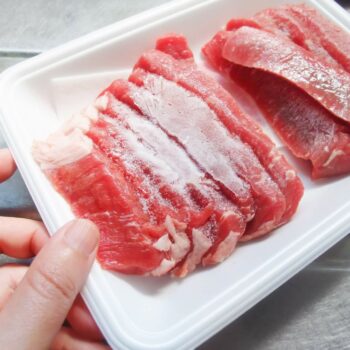